Skip to Content
Home Writings Once Upon A Story... A lovely debut novel by Mollie Cox Bryan

, by Mollie Cox Bryan, debuted yesterday. I just finished reading it and I think you all will love it. But, first, a little about Mollie. Mollie writes about pies, writes novels, is a restaurant critic, can edit like a dream and does so much more! I featured her in my ebook on Exceptional Women and she certainly is amazing. And now, she is a debut novelist with a series no less! 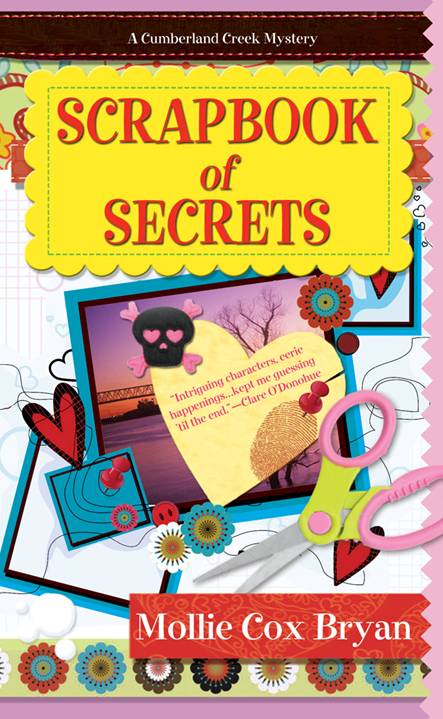 — “Having traded in her career as a successful investigative journalist for the life of a stay-at-home mum in picturesque Cumberland Creek, Virginia, Annie can’t help but feel that something’s missing. But she finds solace in a local “crop circle” of scrapbookers united by chore-shy husbands, demanding children, and occasional fantasies of their former single lives. And when the quiet idyll of their small town is shattered by a young mother’s suicide, they band together to find out what went wrong…Annie resurrects her reporting skills and discovers that Maggie Rae was a closet scrapbooker who left behind more than a few secrets – and perhaps a few enemies. As they sift through Maggie Rae’s mysteriously discarded scrapbooks, Annie and her “crop” sisters begin to suspect that her suicide may have been murder. It seems that something sinister is lurking beneath the town’s beguilingly calm facade – like a killer with unfinished business…” 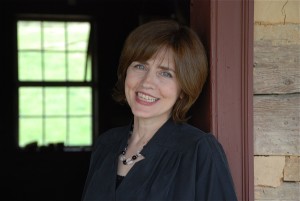 What compelled you to write this story? This idea came to me, actually, when I was going to a lot of scrapbooking events and was blown away by the generosity and quick friendships of other scrapbookers. None of us had the time to commit that the women in my book do—and I always thought it would be great if we did. About that same time, I read “The Secret Life of Bees” and was enamored with it. I wanted to write a story like it about the power of women’s friendships. I also wanted to take a look at the darker side of that—what isolation and secrets can do to people.  So when National Novel Writing Month came around a few years ago, I decided to dip my toes in and go for it.

Why scrapbooking? Not only is it one of the most popular hobbies in the US, but it also has a deeper meaning. On one level, of course, it is just about cutesy stuff and preserving memories of your kids and so on. But, what these women and men do is preserve personal history. Many times they journal along with place pictures in books and I often think about how cool it would have been for someone to have chronicled my grandmother’s life, for example, when she was growing up.  Also, some people are really taking it to an art form, as well as using it for self-reflection. The social aspect to scrapbooking is also fascinating—crops, conferences, contests, and so on. It’s a subculture. I also think it’s perfect for mysteries—it has this great puzzle and story quality to it.

You are a cookbook writer and food writer, why write fiction now? When I think back to my childhood writing, it was always fiction and poetry. But life came along and I needed to earn a living so I worked as a nonfiction writer and an editor. It’s always been a dream of mine to have a novel published. I wrote many unfinished novels over the years and finished one in high school. And I think there are a lot of writers like me who would like to crossover—one way or the other.  And all of my writing is about story, whether it’s fiction or non-fiction.

Has writing fiction been different from nonfiction? In some ways, yes. In some ways, no.  With the cookbooks, for example, there was a lot of coordinating between the restaurant, tester and myself in the creation of the books. With writing fiction, it’s just me, which I found kind of freeing and at the same time a little scary. In writing both fiction and nonfiction, you simply have to sit at the computer and get it done. In this regard, I think my nonfiction writing habits influence my fiction. I’m very practical about my writing and don’t wait for the muse to descend.

Why does food figure so prominently in your novels? The simple answer is nobody can write about a group of Southern women without bringing food into the story. The somewhat more complicated answer is food is a great metaphor for life and the stories that make up a life are often punctuated with food. So using food in a story tells the reader a lot about the characters and the setting

What’s next for you? Currently I am working on book three of the Cumberland Creek trilogy. Book two, SCRAPBOOK OF SHADOWS, has been turned in to the publisher. The first few months of 2012 will be filled with promotion—guest blogs, book signings, and speaking engagements.

GIVEAWAY: You could win a copy of this lovely book!! Leave a comment here and I will pick one random winner on Feb 12th 2012.