Can you learn to cook from a cookbook? 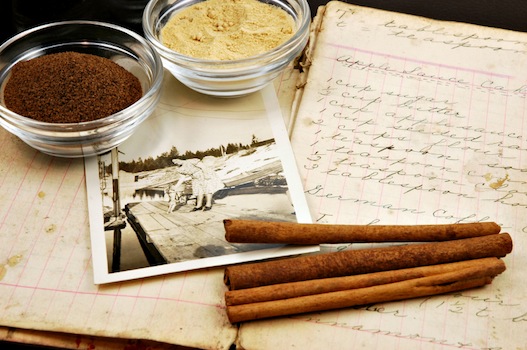 During the fall of 2009, esteemed, New Yorker writer Adam Gopnik wrote a piece about cookbooks. The heart of the piece focused on Gopnik’s belief that one cannot ever really learn to cook from a cookbook because, in his words, “You’ll never do it well enough.”   All my food writer friends cried in dissent. It created uproar in our food-writing world.

As it happens, I was invited by NPR’s Talk of the Nation to come on air and discuss Gopnik’s piece with him. While we were on the show, Gopnik’s major point was that you can only really learn from watching and that cookbooks are a disappointment because even when you follow a recipe, the final product may look nothing like the picture. His point was that you could only really learn from being with someone in the kitchen.

Well, watching someone riding a bike wont teach you how to ride. Getting on a bike will.  And there in lies the point: to cook, whether by watching or by reading, will only happen when you perform the actual act – hold knife, cut vegetables, heat stove, etc. There are many types of cookbooks out there that help a reader try to accomplish this mission. The basic books, like Mark Bittman’s are where the intent is to teach the user fundamentals:  how to boil an egg, what to do with asparagus, what exactly rhubarb tastes like. And from there we go up to books on techniques that focus on the art of doing one thing be it steaming or frying or baking. There are books that are full of essays and stories along with recipes. These document life more than just the food, many times.

Of course, I shared this all on air.

We ran out of time on the show and there were so many things I wanted to share. Years ago, I had helped an online food community start a free cooking school. We had several online classes – basically text with pictures, showing people how to make dishes. But do you know which class was one of the most successful? Teaching people  how to use a knife – in text and pictures. Think about it.

And then there is my favorite story about one of my writing students and the value of cookbooks in our lives. They are so much more than just recipe repositories.

This student sent me an essay about struggling to make an “old family cookie recipe” for a cookie party because, it turns out, they had no family recipe for cookies. When I began to read the essay, my gut reaction was that perhaps the family did not cook explaining the lack of family recipes.

On the contrary, turns out Andrew R.’s family loved to cook.  Except that they did not cook from their own recipes: they loved to cook together in the kitchen from cookbooks that his mother owned and adored.  Andrew spent time in the kitchen with this parents and his brother, not cooking but loving his mother’s culinary creations.  “My mother would cook from so many different books that I had developed a strong love of many different cuisines by the time I left home to be on my own,” he wrote. His family’s love of cookbooks goes beyond just cooking from them. They discuss the books and authors so much that a friend thought they were related to Rick Bayless!

He never cooked with his mother but began cooking in his college years. And yes, he learnt to do it all from cookbooks. They taught him how to cook, how to learn new techniques and how to think like a cook. When a certain recipe would show him how to make garlic, he would use that technique the next time he used garlic, for instance.

“Mom (a physics major in college) always told me and my brothers, “if you can do a chemistry experiment, you can cook from a recipe,” he wrote.

But in the spirit of being honest, I have to admit that I have loads of cookbooks that I love that I never cook from.

As my friend Jill says “ Cookbooks are like sex books, sometimes you just want to relax and read about it.”

UPDATE: This post was picked up by Serious Eats and the comments there are piling up as well.

UPDATE:  Ruth Reichl responded to my tweet by posting an answer about it on her blog. Do read it.

THe discussion continues here with Tim Carman at the Washington CIty Paper and with Rebekah Denn at the Christian Science Monitor.