One of DC’s finest (in the food writing world) is writer Nevin Martell. I enjoy his work, his sense of humor and his classy attitude. When I heard that Nevin had teamed with the very terrific Founding Farmers restaurant to write a cookbook, you can bet I was in line to get it. 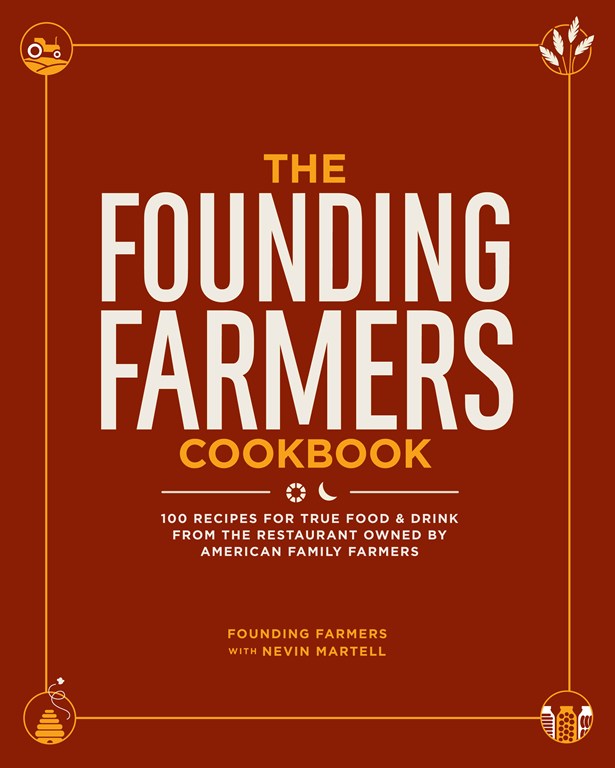 Years ago I wrote a story on Founding Farmers and remember it as being very rustic yet elegant. Developed by a collective of family farms, 42000 +, with Vucurevich Simons Advisory Group, Founding Farmers is popular with locals and tourists alike. The location that I have visited is housed in the IMF building and the restaurant seriously adheres to the “reduce, reuse, recycle” principles. This translates into décor of reclaimed wood and stone, sun- and wind-powered systems, and no toxic emissions from rugs and fabrics. I have to say that I am a big fan of their classic American dishes like Crab Cakes and Fried Chicken with Waffles, prepared with sustainable, locally sourced, in?season ingredients. And all of these are now in the wonderful book. It is a cookbook that you can actually cook from! I tested three recipes and they worked like a charm! 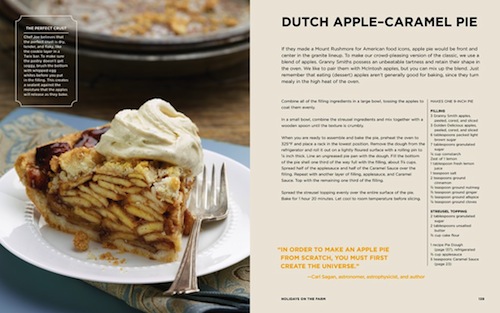 My favorite dish on their menu has remained their Bacon Lollies (Yes, Virginia there is a Santa Claus).  They are THAT GOOD and Nevin and his team were kind enough to provide the recipe here for us. But, before the recipe, a little peek with Nevin on what it is like to work on a cookbook for the first time:

Behind the Book: The Founding Farmers Cookbook

I was not in the most glamorous situation when the call came in about working on what would become the Founding Farmers Cookbook. I was en route home to D.C., somewhere in central Pennsylvania on a cold early spring day, filling up my tank with one hand and holding my phone with the other. As I answered, my eyes focused on the all-caps warning sticker plastered to the pump, “Use of cellular phones during vehicle refueling or fuel loading may cause fires or explosions and is prohibited at this site!”

Needless to say, I didn’t die that day (In fact, the myth that you can’t use your iPhone while getting gas unless you want to become the Human Torch has been thoroughly debunked). Several months later, I found myself in another scenario with its own, cheekier, warnings, including “Employees must wash hands. Everyone should.” That sign appears above the bathroom sink at Founding Farmers in Foggy Bottom, right next to this quote from Will Rogers, “There are three kinds of men: The ones that learns by reading. The few who learn by observation. The rest of them have to pee on the electric fence for themselves.”

I decided that my preferred educational route for writing the restaurant’s cookbook would be through observation and reading. No need to shock the monkey! This meant parking myself in the kitchen for long stretches of time to examine ingredients, watch food be prepared, record tips on cooking techniques, grab snapshots of how dishes were plated and pester the chefs with non-stop questions (“How do you know when a beignet has finished frying?” “Why did you call them Jonny’s Nuts?” “What’s the secret to making a perfect Hollandaise sauce?).

When I was finished for the day, I would go home to organize my notes, write and read the wobbly tower of books on my nightstand, which were a key part of my research. Since the idea of Founding Farmers sustainably sourced all-American cuisine draws so deeply from this country’s rich culinary and agricultural traditions, which can be traced back to the Founding Fathers, I wanted to gain a deeper understanding of that history. Of particular help were Dave DeWitt’s The Founding Foodies: How Washington, Jefferson, and Franklin Revolutionized American Cuisine, Thomas Jefferson’s Crème Brûlée: How a Founding Father and His Slave James Hemings Introduced French Cuisine to America by Thomas J. Craughwell and Thomas Jefferson’s Cook Book by Marie Kimball.

The next morning, I’d drive to one of the two Founding Farmers locations or their sister restaurant, Farmers Fishers Bakers, have a Manhattan Soda or three (coffee, espresso, a little agave and sparkling seltzer over ice with a crown of whipped cream – if you haven’t had one, you are seriously missing out), then dive back into my observational studies. Sometimes I would step away from the burners for epic tasting sessions with the staff, so I could familiarize myself with the more than 100 recipes that were going into the cookbook. Then I’d loosen my belt a few notches and get back into the hot, hot heat of the kitchen.

I was on a grueling schedule, since the book had to be written in just three months. On top of that, my wife gave birth to our first child, a joyful boy named Zephyr, right in the middle of the project. I can honestly say that the combination of fatherhood and cookbook authoring introduced me to completely new levels of exhaustion, elation and fulfillment.

Many months since the beginning of the process, I now hold the clothbound finished product in my hands, still slightly amazed. Like the restaurants, the book is dotted with apropos quotes – some serious, some silly. One of my favorites is from Orison Swett Marden, founder of Success magazine, “We must give more in order to get more. It is the generous giving of ourselves that produces the generous harvest.”

The Founding Farmers Cookbook was a collaborative creation, involving a lot of hard work and heart from many people. I hope that readers enjoy the generous harvest that resulted from those efforts. 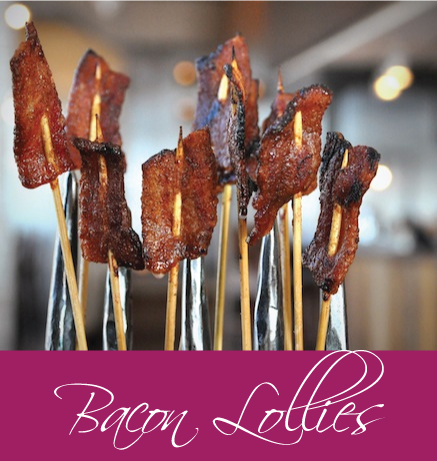 Whisk all of the ingredients until well combined. Store in an airtight container at room temperature for up to 3 months.

For the Bacon Lollis, you’ll need 10 to 15 (10-inch) bamboo or metal skewers. If using bamboo, soak them in water for 1 hour before using.

Cut the bacon slices into 2 1/2-inch pieces. Thread each piece of bacon on to the end of a skewer. Arrange the bacon skewers on a baking sheet lined with a metal roasting rack. Dust the bacon with half of the Cinnamon Brown Sugar and let it rest for 10 minutes.