Skip to Content
Home Writings Once Upon A Story... Maneet Chauhan’s Flavors of my world

I have been writing about food for over nine years now. I have met and interviewed countless chefs. Some I remember, some become friends, and some leave a distinct impression. A handful are unforgettable. Chef Maneet Chauhan falls in that last category and for good reason. When I first interviewed her, she was a rising star chef at a fusion restaurant in Chicago. Her talent was being recognized and she was on her way up. The lady was humble, talented and oh, so lovely. The second time I interviewed her, she was on her way to NYC, getting on Chopped as a judge and I actually met her in NYC. Once again, I was taken aback at the humility of this young star who was rising faster than the speed of light. In one particular interview, I recall her telling me that one of things that inspired her the most was the proud look on the faces of her parents when they saw stories about her and her work. Her meteoric rise continues. Today, she has released her first cookbook, she is opening a restaurant in Tennessee, she has a BUS (!) that she using to tour 21 cities on her book tour and this tour will become a new reality show, and, of course, she has her own line of spices coming out.

Another reason Maneet will always be memorable to me? She is the first Indian woman chef I ever interviewed.

And now on to Flavors of My World. I have always enjoyed Maneet’s take on food. When I interviewed her, I loved the way she would take traditional dishes and give them a spin. This is exactly what this talented chef is showcasing in her new book. She takes staple dishes from 25 countries and Indianizes them using her favorite spices and flavors. (TIme for you all to learn a new word… in the Indian community, it is called Desifying… making it desi. Desi = Indian)

I am so happy to feature one of the recipes that jumped out at me from the book. This will ensure that you will never look at Coke the same way again!

FLAVORS OF MY WORLD: A Culinary Tour Through 25 Countries 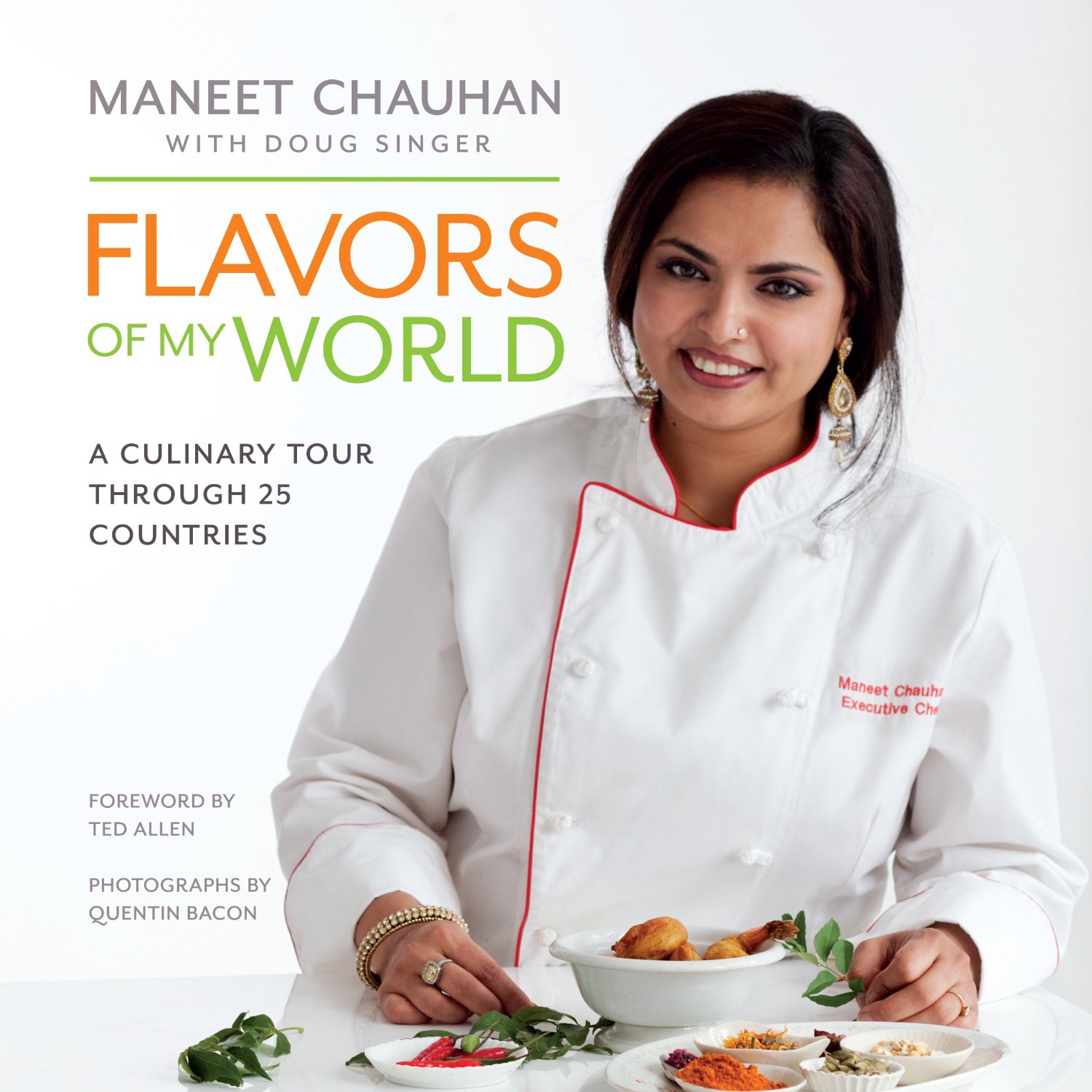 Recipe and photo below used with permission from Maneet Chauhan’s Flavors of my world. The photos below are by Quentin Bacon. 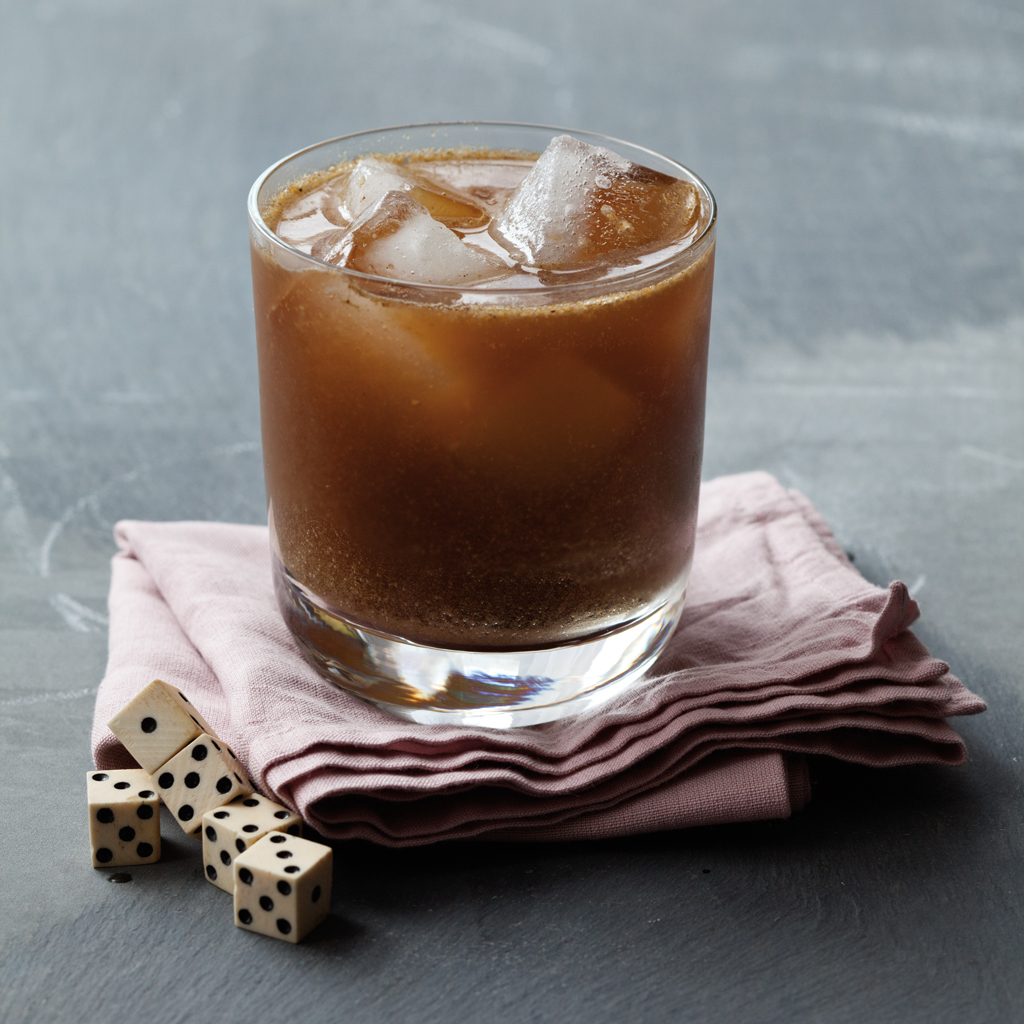 The exact origin of the Cuba Libre is one of mystery and has been argued by many. One point that is agreed on is the timing: the Cuba Libre seems to have first been sipped in 1900, the year Coca-Cola arrived in Cuba. While the beverage is thought to be first introduced to the island by American troops, “Cuba Libre!” was the battle cry of the Cuba Liberation Army during the war of independence that ended in 1898.

Since spice and masala go into everything in India, why should Coca-Cola be exempt? In India, Masala Coke has been all the rage for many years!

One of my favorite authors, Suketu Mehta, best describes the Masala Coke in his book, Maximum city: Bombay Lost and Found, as follows:

“When the Coke is poured into the glass, which has a couple of teaspoons of the masala waiting to attack the liquid from the bottom up, the American drink froths up in astonished anger. The waiter stands at your booth, waiting until the froth dies down, then puts in a little more of the Coke, then waits a moment more, then pours in the rest. And, lo! it has become a Hindu Coke. The alien invader has come into the country. It has been accepted into the pantheon of local drinks but has a little spice added to it, a little more zing. The cocaine is back in the Coke.”

One thing’s for certain, this spicy twist will get your mouth’s attention!

Combine the lime juice, masala, black salt and white pepper in a tall glass. Add the cola, a little at a time, stirring continuously to allow the soda to froth up, until the glass is full. Crush the mint leaves slightly and add to the glass. Add the rum.