I think I have typed this first line at least sixty times and then deleted it. I have been struggling to find the right words to express how I feel about a book that I never wanted to read. And then I read it.

I sat up and read a book I never wanted to read.

I knew from page one that the narrator would die. He dies.

And yet once I started I could not put it down.

Serendipity can be a real nuisance sometimes. 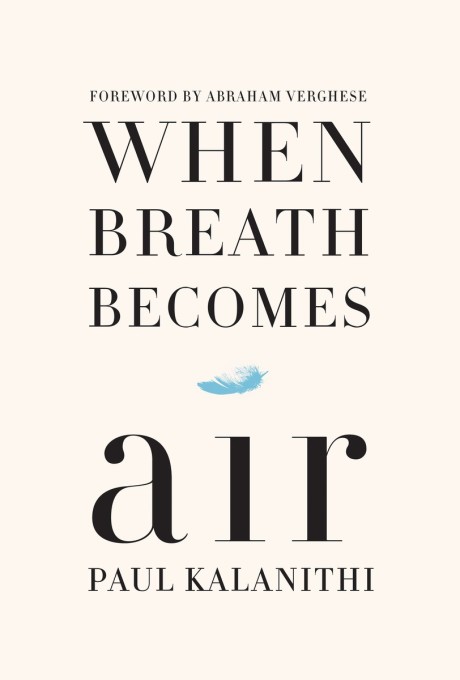 When I first read a review of the book, When Breath Becomes Air, in the New York Times, tears rolled down my cheeks. The book, written in first person, is about Dr. Paul Kalanithi – a genius by any standards. A man on his way to becoming a renowned neurosurgeon at 35 is confronted with his own mortality: a death sentence of stage four lung cancer.

I could barely get through the review (which was, appropriately, very glowing). I really wanted to know about him, but at the same time, my heart hurt. Why would God take away a man like him, a man who could do—and had been doing—so much good? A fabulous neurosurgeon who could change the world and change the way we dealt with diseases of the brain.

After realizing I was being very immature about how I was handling the situation, I ordered the book from Amazon. Five minutes later I cancelled my order.

About two days later, I had a first-timing meeting with a colleague who wanted to publish her first cookbook. It was a terrific meeting. Two days later she emailed to say that she had an extra copy of When Breath Becomes Air and would I like to read it.

I debated what to do. If a book comes to me, I almost always read it. I am a believer in signs.

I settled in to read it. Within two minutes, I was hooked. Dr. Paul was not only a brilliant surgeon but an engaging, amazing writer.

The book, to me, appeared to have several layers – the doctor speaking with clinical precision, the writer wrestling with existential angst, and the human with raw emotions of pain.

I got lost in his world. I wanted to cheer him on. I hated nature for giving him this illness. What the hell! WHY HIM??

His fortitude, his bravery, his love of life shone on every single page. I marked up the book. I wanted to share every line here. The quotes that made me cry. The quotes that made me laugh. The heartbreak of his death. The finality of the book – when this memoir ended I could no longer read anything by him. He was gone. This amazing genius of a man with so much to give the world.

As I stared at the morning sun, I wondered why I had crossed paths with Dr. Paul’s amazing book. As is my nature (the engineering side in particular), I wondered what was the lesson he was trying to teach me.

I am not sure I will ever know.

The engineer in me marveled at his intelligence and scientific brilliance.

The writer in me applauded his beautiful words.

The human in me cried at the unfairness of life and his pain.

I stood at my window watching the sunrise.

I clutched the book close to my heart.

That is the only word that came to my mind.

His words, even as they are his final words, are healers. Even in his death, from his final resting place, he offers the rarest of rare support: solace.

I encourage you to read this book and share it with your loved ones.