I really like books that have simple recipes and that deliver on their promise. The Parchment Paper Cookbook

by Brette Sember is one such cookbook. It has a 180 lovely and healthy recipes using parchment paper and they really are easy to do and do not require a ton of messing around in the kitchen.

My kids really liked the simple baked oatmeal (who knew you could bake oatmeal!), the honey dill carrots and the orange pistachio broccoli. Really easy to make and no mess afterwards!

The book has illustrations on how to use the parchment paper to make a pouch. I recommend this book for people looking to learn a new technique but without a lot of difficulty. Also, recommended for folks who are new in the kitchen and learning their way around. You will be amazed at what you can make! 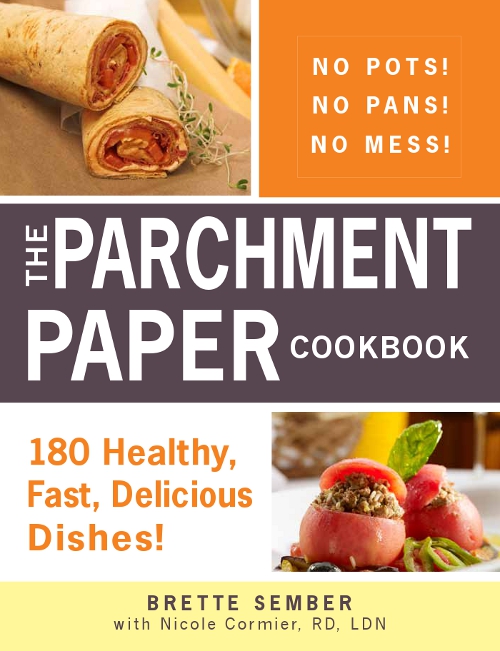 You will want to stop here to learn how to fold the paper before you attempt the recipe: :http://nopotcooking.com/index.php/technique/ 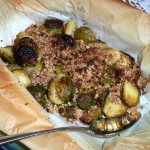 From “The Parchment Paper Cookbook

” by Brette Sember (used with permission. Photo courtesy of Brette.

3/4 pound Brussels sprouts, trimmed and cut in half (in quarters if very large)

Salt and pepper to taste

Place the sprouts on the parchment and drizzle with the pumpkin seed oil. Season with salt and pepper.

Lightly toss, then fold in the parchment and bake for 30 minutes.

Place the pecans and butter in a small bowl and microwave, stirring frequently for 1 minute.

Remove Brussels sprouts from the oven, carefully open the packet, and drizzle with butter-pecan mixture.

Put it back in the oven under broil for a minute or two until the sprouts start to lightly brown.