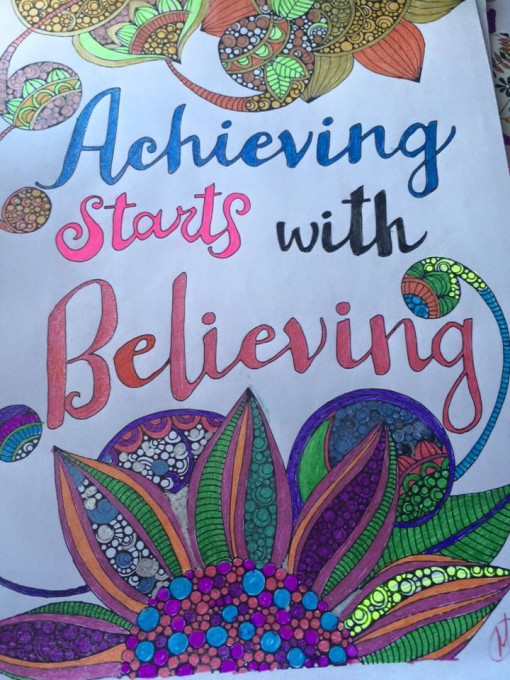 I was one of those people who never dreamed of becoming anything. I never had a dream. I grew up in the Middle East, in a lovely, functional and practical apartment, reflective of the lovely, functional and practical nature of my parents – my mother was a school teacher and my father was an engineer. Late at night, when everyone was asleep, I would sneak into our living room and sit on a large brown couch where I had an unobstructed view of a perpetually star-filled sky. (A distinct advantage of growing up on a desert island, Bahrain, is that the skies are generally always cloud free!) I would sit there for hours and stare at the sky asking only why I had been placed on this earth and what I was to do with my life.

Was I going to be a dancer? No, I had two left feet!  A movie star? No, no height, no looks!  A singer?  I was tone-deaf, so no on that as well. Would I be a person people looked up to? Would I travel the world in 80 days? Would I be a teacher? A doctor? A healer? A lawyer?

In fact, star-gazing became a tradition on New Year’s night for me and my friend Nazu. I guess we never had a glamorous social calendar. We’d lie on the trunk of my father’s Volvo and pick out the stars that would help guide us and show us the way. One year, out of the blue, Nazu, gave me a book to capture my poems which I seemed to write endlessly. After that, I would sit and stare at the stars and write in my book. It overflowed with poems about longings, waiting for curtain calls and love to show up at my door. I was always asking, what is my dream, where do I belong, but getting no answers.

I had a hard time fitting in school. I was the one left behind when the girls went for a movie, the last one to know any gossip, the ugly duckling who never seemed to blossom. I was a geek with no imagination, a chemistry genius with no chemistry with any boy in sight and a passionate poet with no inspiration. I wanted to change the world so I could fit in it. I wanted the world to like me but I did not understand that I had to like the world first.

After high school, I left home to study engineering, and lived at a convent with semi-cloistered nuns for several years– they hosted girls in a girl’s hostel. Although the geekiness from my school years had continued, the Universe had been kind enough to give me a room with a horrid view of the highway but a spectacular view of the Bangalore sky. I studied hard, graduating with distinction but still feeling out of place.

Luckily for me, in spite of myself, I found love.  I moved to the States to get my masters degree and met my husband, Sameer. He helped open my heart to possibilities and laughed when he saw me staring at the sky on dark nights in Cleveland. I hated it there – the sky was always covered in clouds. “The answer is in your heart” he would say, “ not in the sky.” I would laugh it off but he did get me thinking.

I was in my twenties, working as hard as I could. I was an engineer with two master’s degrees, a six-figure dream career in training and development, a big house, friends, a loving husband and two amazing children.  On a personal level I was fulfilled, but on a professional level, something was missing.

Then, one day, my whole world came to a standstill. A very, very dear friend suddenly passed away in a freak accident. She was in her mid-thirties and had been married the same year that I had.

It shook my whole world. I felt I’d been so passive, accepting, and conservative that I was letting this precious life go by and doing nothing about it. I began to not only look at the stars at night, but also to pray. I started a journal, looking for guidance.

They say the universe opens up doors when you are specific about what you need. One day, I sat down in a quiet room and wrote my obituary. Sound far-fetched? It really is not. I imagined who I want to be remembered as. This was not, I told myself, about solving a problem or creating a solution. It was about defining a personal vision.

I came up with obvious things, like wanting to be known as a good mother and wife. I wrote about making a difference and leaving the world a better place. I knew these values I held so dear were not reflected in my professional choices. I began to devour books, magazines, essays on finding “your professional vision” and “discovering what you are destined to do.” It was my husband who casually pointed it out one fateful day. “You are always writing,” he said. “At the drop of a hat you are at the computer. Ever considered writing?” It was true, I had been writing online for a while. In fact, I had written my first book in 2001, a very small, personal cookbook for very little money, on a dare from my sister, since she loved my cooking. Writing was a hobby. It’s interesting how many of us look outside ourselves to figure out who we want to be when often the answers are right under our noses and we don’t see them. 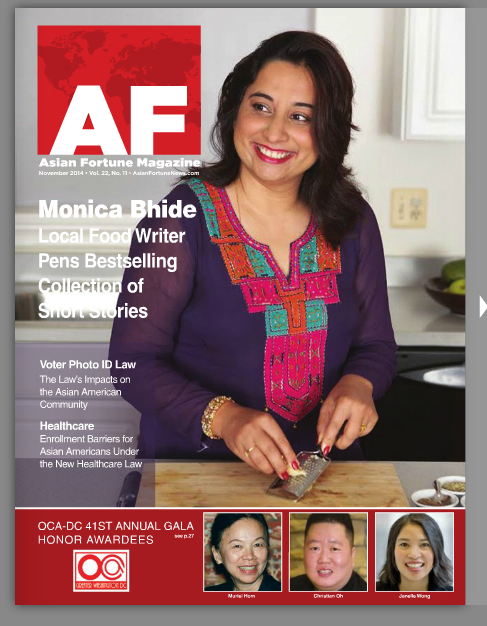 I quit my job and began to write for anyone who would let me: websites, magazines, newspapers, newsletters. I wrote resumes for friends, and edited essays for college-ready kids. I wrote and I wrote. And I became happier and happier. By God’s grace I have written for national and international magazines, newspapers and now have three books to my name. I write a weekly column online for the Washington Post and others.

It is amazing how when you do what you love, you have so much more energy and soul.  In the past, I would fill my time with worry, and now that I don’t, time has opened up its treasures to me. 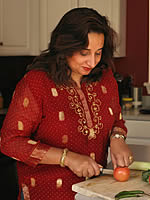 Today, I’m at peace.  While I still stare at the stars, I realize that life is about deliberate choices and learning how to make them instead of waiting for something or someone to make them for you. I stopped trying to the change the world. I changed myself. I challenged myself to find my God-given gift. I had to look inside. I had to find my dream and find my faith so I could take the leap. I began to look at my world with a different set of eyes, perhaps a bit wiser, I began to appreciate what the world had already given me.

Today, I as I write this, I am sitting at my dining table in my townhome in Virginia, staring out the wall-to-ceiling windows at a garden with vividly colored flowers and a spectacularly blue sky with a sprinkling of a cloud or two. I turn 46 this summer. Every decade of my life has taught me something new. I am not sure what this age will teach me but I have a few-found sense of freedom that I never had before. I am more confident about myself and my dreams. Today, I feel I can reach out and touch the stars, not just stare at them. And I’m thankful for what they gave me – the ability to dream. 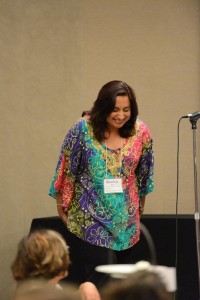