Skip to Content
Home Writings Once Upon A Story... Guest Post: The Secret Financial Life of Food

One of the distinct blessings of owning your own blog is that you get to feature people you admire! On that note, I would like to invite you to read this very informative guest post by food writer Kara Newman on her terrific new book, The Secret Financial Life of Food

I have always been a fan of Kara’s work

. She and I have also had the opportunity to create cocktail contests together! My kind of friend 🙂 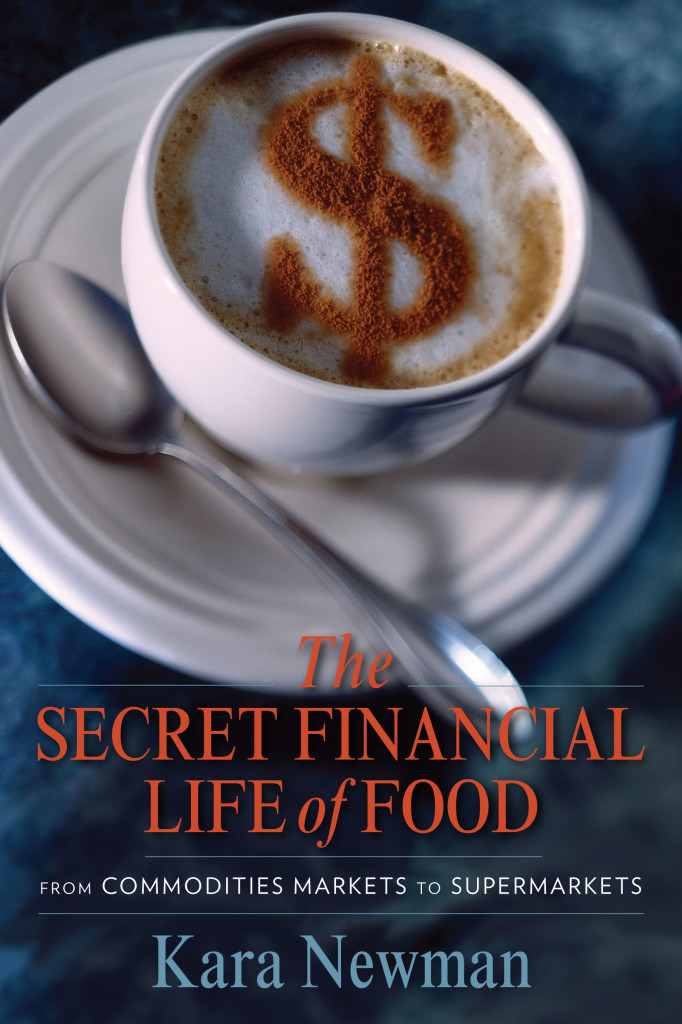 Few people can claim to have had a food epiphany while reading Barron’s, but that’s what happened to me. In a roundtable discussion of market experts, after many dry pages about where the S&P 500 Index and gold bullion might end the year, commodities trader Jim Rogers offered this wisdom: “Buy breakfast.”

He was referring to futures contracts sold on frozen orange juice and pork bellies, which he expected to appreciate in value during the coming year). But to me, it was more than an abstract investment idea, and I thought of the cartons of Tropicana and BLTs I’d consumed over the years.

Although I had a vague notion of the agriculture and manufacturing associated with bringing food to the table, never before had I contemplated the secret financial life of my meals.

At the time, I was working as a financial editor for a consulting firm, overseeing a team that churned out daily stock and bond market reports for corporate clients. I was given a new and serendipitous task: write a daily commodities report.

Suddenly, I was hungry on the commodities beat, and I wanted to learn more. I enrolled in a course on derivatives offered by the Futures Industry Institute and taught by a commodities trader. The class was geared toward prepping eager young traders for a certification exam. I opened my coursebook, and flipped past the spiderweb diagrams of hedging strategies to the list of products traded as commodities.

It read like a menu: The Livestock category, I read, included cattle and hogs (live and the fabled “pork bellies,” fresh or frozen, a commodity now ubiquitous on trendy restaurant menus but which no longer trade). Meanwhile, the Grains sector spanned the range of wheat, soybeans, oats, and corn. And the Softs group referred to cocoa, coffee, sugar, orange juice and, puzzlingly, also cotton and lumber. (I’m deliberately omitting the distinctly non-edible energy and metals sectors, though they are important commodities too.)

These are just the standard commodities. If you look outside U.S. borders and back through history, the list goes on. Chickens and turkeys. Eggs — once a highly speculative market. Peppercorns, red, green, or black (mostly traded in India, as are most other spices). Rice. Potatoes. Fruit. Milk. Apparently, if one can consume it, one can trade it.

I began to follow the commodities market more closely. After only a few weeks of scrutinizing the ups and downs of the markets, I was amazed by the fragility of the same commodities that sit so sturdily on the supermarket shelf.

Take coffee, for example. Within the space of a few weeks, the price of coffee was buffeted by tropical storms and early frosts that threatened to crimp crop output. Then came an onslaught of a disease that threatened crops across much of Latin America, where the majority of coffee beans grow. The commodity price soared as a shortage was predicted. Finally, a wily spectator who had “cornered the market” unloaded mass quantities of coffee, driving prices back down.

Yet, the price of my daily latte didn’t fluctuate by even a penny. Nobody else in line at Starbucks seemed aware of the high drama—that the price of coffee had skyrocketed, that the crop had nearly wiped out.

Ironically, just contemplating the dizzying ups and downs of your favorite food products in commodities trade – and the end result on the food prices we all pay at restaurants and grocery stores – can be enough to make you lose your appetite altogether. 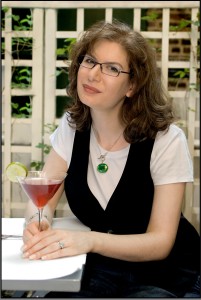 Kara Newman is the author of The Secret Financial Life of Food: From Commodities Markets to Supermarkets (Arts and Traditions of the Table: Perspectives on Culinary History)