Skip to Content
Home Writings Recipes & Online Cooking Classes Got a book club? Then you need this book!

I interviewed the lovely Judy Gelman a long time ago about her wonderful idea: The Book Club Cookbook.

Such a smart idea: pairing foods with the novels you love to read and sharing it with your book club! I mean what is there not to love!

And now, Judy and her co-author, Vicki Levy Krupp

will help your book club get creative as they release their newest cookbook that has essays and recipes for new as well as timeless classic books. In particular, this new book features: 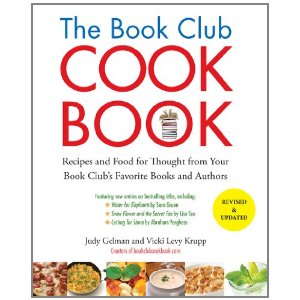 A few years ago, I had interview the duo about their personal favorites… so here is a blast from the past that I share because I loved their choices (all these recipes are in their new book):

For featuring here, I selected a recipe associated with one of the new books on the market: The Help

The recipe for Caramel Icing is adapted from The Memphis Cookbook

(The Junior League of Memphis, Inc., 1952); recipe submitted by Mrs. Phil Thornton, Jr. The cake recipe was originally served at a tailgate at Ole Miss, Skeeter’s alma mater, and is adapted from Saveur (August 2007).