Skip to Content
Home Writings Once Upon A Story... Featuring Maureen Abood

I met Maureen Abood years ago at a writing conference at the Greenbriar. She is lovely, charming, beautiful and an absolute joy to read. I wanted to share her with you.. in her own words.

So here is Maureen Abood talking about the scent of a spice. You will fall in love with her writing.. just as I have.

All photos and text provided by Maureen Abood and used here with permission.

The scent of a spice 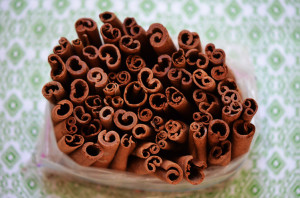 There is something about the scent of a grandmother’s house that nestles itself deep into your subconscious and never leaves you. My Sitto lived on the second floor of a brick apartment building perched on the golf course of a country club. You buzzed the black nob next to her name near the door and she buzzed you back—a long, drawn out buzz that she didn’t let up on until you made it to the top of the steps.

When you heard that buzzer go and go and go, you knew you were at Sitto’s. But even louder than the prolonged come-on-in of the buzzer was the scent of Sitto’s apartment. I could smell it as I pushed the heavy, white wooden door of the building open, and it grew in intensity as I climbed the stairs and walked inside. I always thought this was just her scent, her wonderful kitchen/perfume/housecleaning scent.

Then, in the years since Sitto passed away, I spent time in the homes of other women of the family, like great aunts and their friends. And the scent is the same. In some ways I remind myself of other people who eat Lebanese food at my home and can’t pinpoint what it is that they taste in a dish. What they taste—and what I smelled in Sitto’s house and the kitchens of Lebanese ladies—is cinnamon. Never is it used to make a sweet, but cinnamon in Lebanese dishes lends a distinct savory spice note, one that transforms a palate’s idea of what cinnamon can be. Cinnamon acts like a standout back-up singer to lamb, beef, chicken, vegetables and grains.

Think of using cinnamon this way like a friend looking at your wardrobe and putting together an outfit you might not have considered on your own. Even if you think it doesn’t feel like your style at first, once you have it on and see how great it fits, you’ll be wearing it all the time. Plus, cinnamon is a healthy spice with preservative powers, and some studies show it works against certain types of cancer.

Cinnamon sticks—beautiful little curled pieces of dried tree bark—are used in dishes like a simple pilaf of poached chicken and toasted bulghur. Powdered cinnamon is used more typically, and your grocery store variety is fine. The key here is that it’s fresh, for fullest flavor and fragrance. Use cinnamon enough and your own kitchen scent might just nestle itself into someone’s happy memory for a good long time.

Toasted bulghur with poached chicken
This recipe calls for coarse cracked wheat (also known as bulghur or smeed), which is typically referred to as #3 grade. Finer grade, #1, is used for tabbouleh and kibbe. The key to this dish is not to overcook the chicken, or over-toast the cracked wheat. Adjust quantities easily by simply increasing the amount of cracked wheat as you would rice; the ratio is 2:1, broth to wheat. Use high-quality chicken if you can—that means it’s farmed on a small scale, ideally not too far from where you live.

In a large saucepan, cover the chicken by 1 inch with cold water. Bring to a boil over medium-high heat. Skim off any scum, and reduce heat to medium low. Poach the chicken for 20 minutes, skimming as needed.

Remove chicken from broth and reserve 4 cups of broth for making the cracked wheat. When chicken has cooled enough to handle, tear off bite-size pieces. Discard skin and bone. Don’t worry if the chicken is not fully cooked; it’s going to poach further with the cracked wheat.

Add butter to the empty saucepan and melt over medium heat. Butter should foam up as it gets hot. Add the cracked wheat and stir, coating with the butter. Stir constantly until the wheat turns golden brown. Do not take the wheat to deep golden brown, or it will taste bitter.

Add the chicken, 4 cups of broth, salt, pepper and cinnamon stick or ground cinnamon. Stir, cover and bring to a boil. Reduce heat and simmer until all of the broth is absorbed, about 20 minutes. Taste and adjust seasoning. Remove cinnamon stick and serve immediately with a romaine salad dressed with lemon and oil, thin pita bread, and labne. 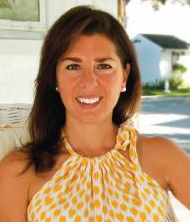 Maureen Abood is author of Rose Water & Orange Blossoms at http://www.maureenabood.com , a blog of food, stories, photos, her Lebanese family, and life up north in northern Michigan. Maureen left her corporate job in Chicago to attend culinary school last year, and has published her award-winning food writing in Saveur, The Washington Post, The Chicago Tribune, Gastronomica, The Harbor Light, and elsewhere.