Skip to Content
Home Writings Once Upon A Story... Behind the book: MELT

After spending an entire weekend cooking from Melt, The Art of Macaroni and Cheese – I have proved once and for all that there is no such thing as too much pasta .. or too much cheese!

I have known the authors for a long time. The superbly talented Stephanie Stiavetti was one of my first ever writing students… light years ago. She has also photographed for my site but more than anything else she is a dear, dear friend.  I do not know Garett McCord personally but I love reading his blog and he has the one thing that I admire in writers — his gifted voice is honest.

This book proves that a good idea will always sell — a stunningly beautiful book with terrific recipes that innovate a classic dish .. and how!

I think this is a great book for the holidays — pair it with some terrific pastas and cheese and what a gift it will make.

I made several dishes from this book and the one we loved the most — chickens sausage, pasta and Meadowkaas cheese — is featured below. Why no recipe? I am asking you to buy the book, Melt, The Art of Macaroni and Cheese ,  to support these two amazing young people and just this one recipe is worth the price of the book.

Here is more information on the book. 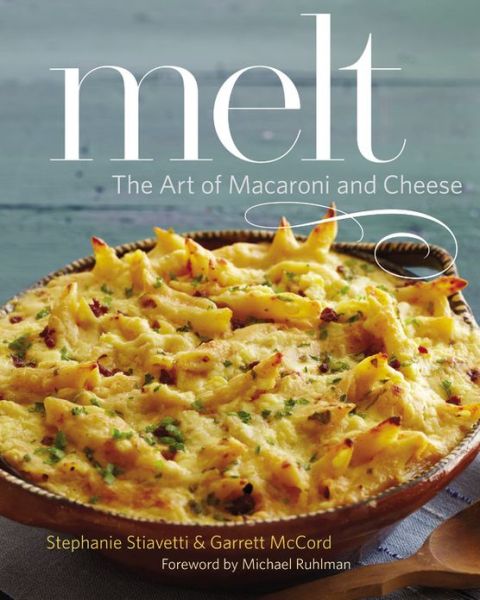 I asked the two young and talented authors to share some behind the scenes fun:

Steph: The moment I sent the Melt manuscript off to our editor, almost exactly one year ago, I remember thinking, “Wow, we did it. We completed this huge project. We survived!” Then I remembered some of the dramatic moments, like the time Google Docs decided it wanted to eat our entire working draft. I was in a mandatory meeting at my day job and suddenly I was getting all of these calls and texts from Garrett, who was incredibly upset that files were disappearing before his eyes. Since I was in this important meeting, I couldn’t answer the phone – it was one of those inescapable rock and hard place moments. Garrett ended up flying out of his office to try and salvage the files from his home computer. Turns out Google had copped an attitude and decided to “unshare” the files with him – I could see them just fine in my account, so nothing was lost and I was easily able to share them with him again. But you can imagine what a nightmare that was for both of us! Panic at the disco!
Garrett: One frustrating but funny moment: There was a spiced red wine mornay sauce that was never meant to be. It started innocently, but it tasted not so great. So I kept adding ingredients. More and more of them to mask the increasingly bad flavor. Eventually, it began to stink like Cthulhu’s butthole and I pitched the whole mess into the yard. I was afraid if I poured it down the sink the smell would take over the house more than it already had. And so I learned that a spiced red wine mornay just isn’t meant to be.

The authors insist, rightly so, on good ingredients so I found the best milk and cheese that I could. 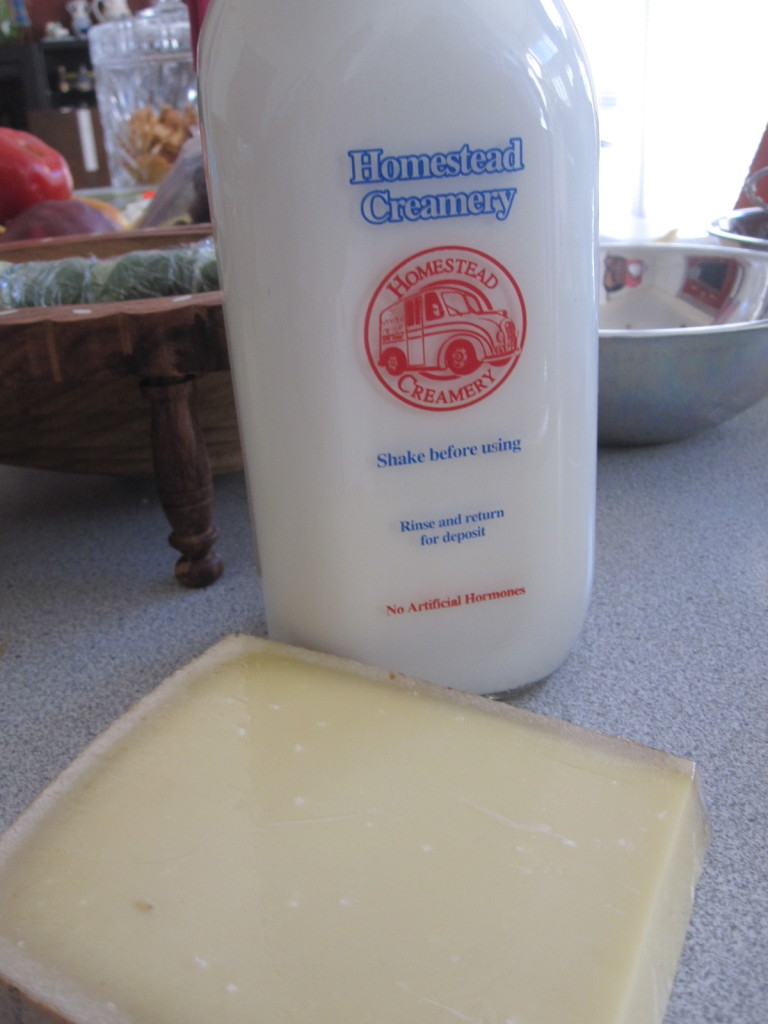 The steps in making the recipes are clear and well-defined. My son actually helped make the base — in this case — chicken sausage (we used spicy), arugula and red bell peppers. 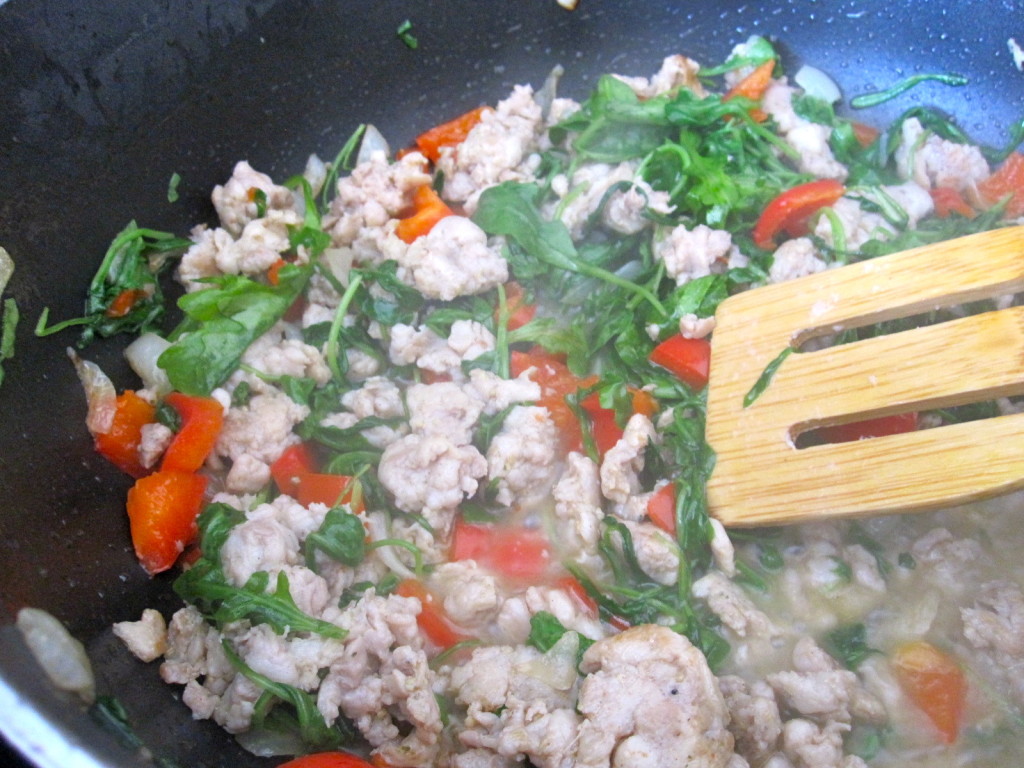 The final dish — a gorgeous mac and cheese that comforted, filled us up and had the kids’s say “What are you going to make next from this book?” 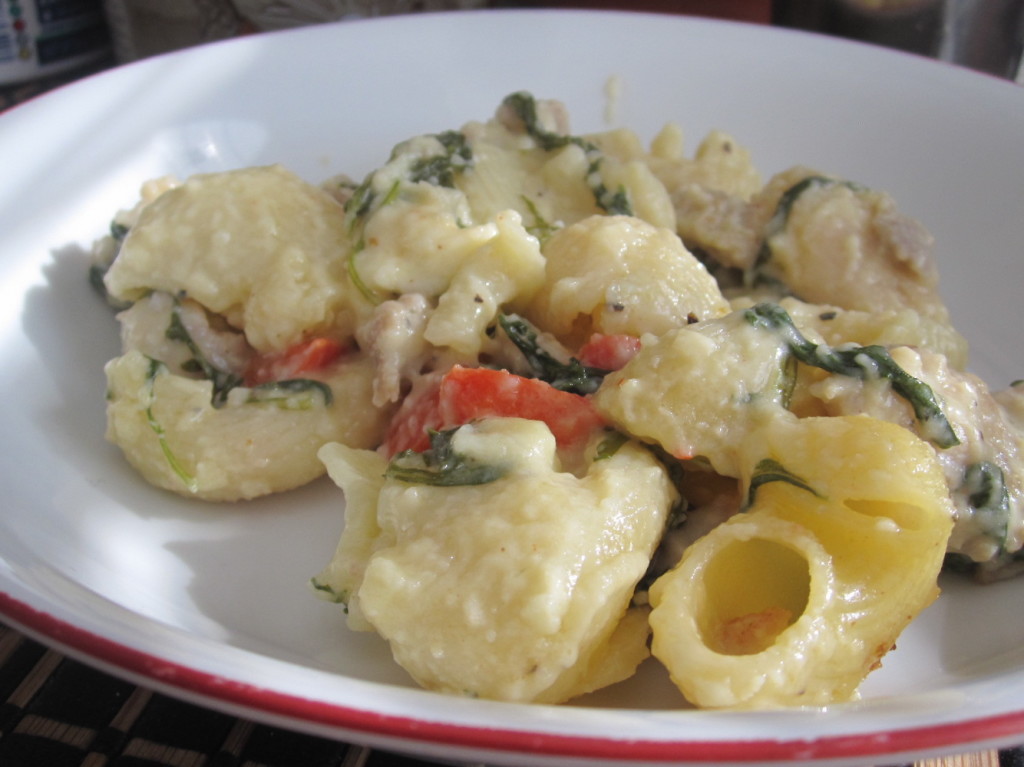